Taking up Bertrand Vilmer‘s CV borders on the twelve labors of Hercules, so impressive is the curriculum of the expert born on July 24, 1954 in Vesoul. This gives you an idea of the level of expertise of this aeronautical and space engineer (Ecole de l’Air), holder of an experimental test pilot’s license, fighter pilot and airline pilot… nothing less! A look back at Bertrand Vilmer’s career path.

In 1979, Bertrand Vilmer obtained his title of aeronautical and space engineer from the Ecole de l’Air. The following year, in 1980, he was certified as a fighter pilot (T 33, Tours), then as a helicopter pilot in 1982 in Chambéry, totaling 5,500 hours of flight time on more than 85 types of planes and helicopters. Passionate about his field, he did not stop there and obtained his experimental test pilot’s license in France at Istres (EPNER) in 1985, then in England (ETPS).

Bertrand Vilmer began his professional career in 1982, as a pilot in the Puma SAR search and rescue unit in Istres. He remained there until 1985, when he became a test pilot at the Istres flight test center: engine flight (TM 319/Fadec) and optronics. Over the years, Bertrand Vilmer gained experience, which helped propel him to the rank of head of a class at the Ecole Polytechnique and to take on various command positions in France, including that of second-in-command of the Ecole de l’Air in Salon-de-Provence. He then left France to take up the position of Chief of Staff of the French forces in Cape Verde in Dakar. This was in 1999.

The career in the administration and in the private sector

On his return from Senegal in 2001, Bertrand Vilmer was appointed commander of Villacoublay Air Base 107. He remained there until 2004, when he took over the direction of Military Intelligence in Paris, in charge of the exploitation and orientation of intelligence for the benefit of the Armed Forces Staff of the Cabinet of the Minister of Defense and the High Government Authorities (liaison mission with the Cabinet of the Minister of Defense).

In 2007, Bertrand Vilmer joined the Ministry of Finance, and more specifically the General Directorate of Customs and Indirect Duties (DGDDI), as an aviation manager in Paris. These experiences add another string to the bow of the fighter and airline pilot. He was then also qualified to don the hat of a leader, administrator and decision maker.

This is when his career takes a new turn, after being named vice president of Arianespace in 2007. A member of the company’s management committee, Bertrand Vilmer is in charge of export license negotiations with the U.S. authorities, the integration of the company’s foreign partners in French Guiana, and the definition and implementation of the company’s security policy (starting in 2008). At the same time, he works for Hélicoptères de France SA (HdF). In 2010, he was appointed to the Board of Directors of the company by Euromédia, the majority shareholder of Hélicoptères de France. Shortly thereafter, he became its chairman and CEO.

While he was president and CEO of HdF, Bertrand Vilmer took his world by storm by creating ICARE in 2011, a company born of the feeling that there was a void to be filled in the field of aeronautical and space expertise. An independent firm, ICARE specializes in several areas of intervention, namely: 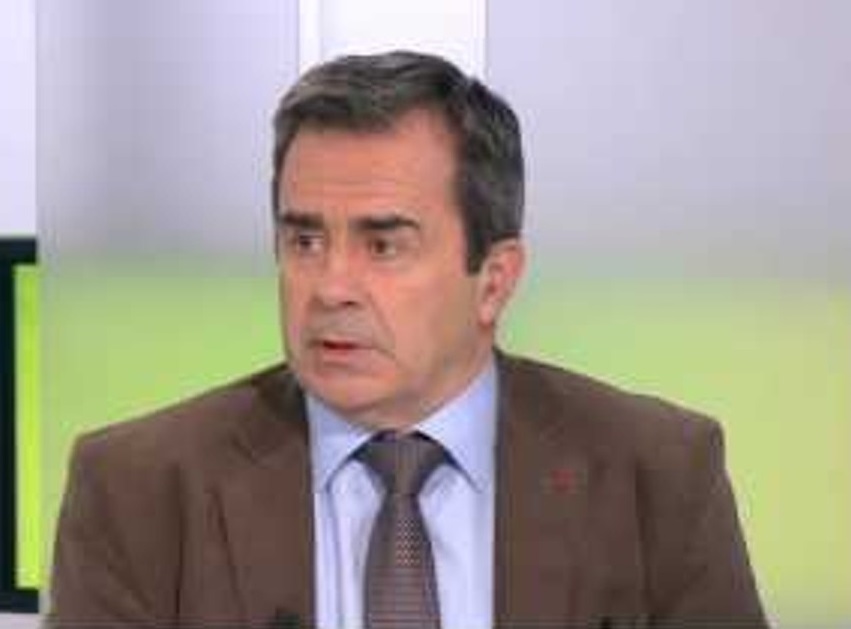 Within ICARE, Bertrand Vilmer leads a team of experts and high-level professionals in all areas of aeronautics and air and space transportation. As we have seen, one of the firm’s specializations is air brokerage. Very quickly, ICARE became the reference in turnkey flight time sales to the States.

In 2016, Bertrand Vilmer decided to dedicate himself exclusively to the development of ICARE, and thus left his position as CEO of HdF. He began his growth strategy by acquiring several companies specialized in specific fields of aviation and aeronautics. Through these acquisitions, ICARE, renamed ICARE Group, is transformed into a group of companies.

Thus, the group led by Bertrand Vilmer brings together a set of complementary products and services in the aeronautical industry, which allows it to form several partnerships with private and public companies of reference, including EDF/RTE, ENEDIS/INEO, International SOS, Capgemini…

Officer of the Legion of Honor and the National Order of Merit, Aeronautics Medal: a recognized expertise

Bertrand Vilmer collects successes in the aerospace industry. His expertise, the various missions he has led, his experience in the field and the success of his ICARE group make him a unique profile in the sector. Unsurprisingly, he was soon appointed as a legal expert by the Paris Court of Appeal and approved by the Court of Cassation (aeronautics and air transport), as well as president of the French national company of legal experts in aeronautics and space, of which he is a founding member. Bertrand Vilmer is also a member of the company of expert engineers of the Paris Court of Appeal. As the ultimate recognition of his expertise and exceptional career, Bertrand Vilmer is crowned Officer of the Legion of Honor and the National Order of Merit, Aeronautics Medal.

A true reference in the field of aeronautics and space, Bertrand Vilmer is often invited to give his expert opinion on the possible causes of an air accident. We have heard him express himself on the problems of BOEING when the planes of the American manufacturer had known several crashes at short intervals. This was notably the case in 2019, with the crash of the Boeing 737 of Ethiopian Airlines, which crashed on takeoff, killing 157 people. A tragic event that mobilized the media around the world, with one question in the background: what exactly happened? Why had the Boeing 737 crashed almost on takeoff? 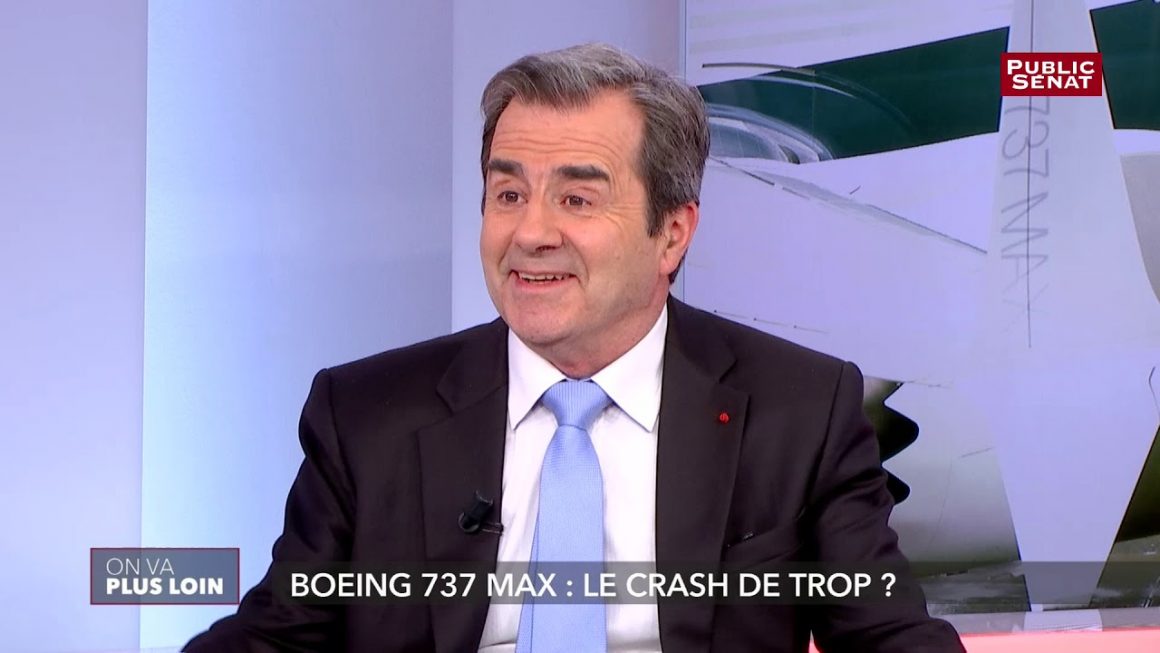 To answer these questions, the media in France turned to Bertrand Vilmer. One of the questions the expert had been asked was whether to copy China, and ban the air traffic of the Boeing model involved in this terrible accident, the 737-Max 8. For Bertrand Vilmer, it was absolutely necessary to ground all Boeing 737-Maxes. To support his position, the aeronautics expert made the connection with another crash that occurred shortly before the Ethiopian Airlines plane crash, involving the same model. In fact, the thesis of the accident due to obsolescence was ruled out, as these were recent aircraft models.

During his career, Bertrand Vilmer has carried out numerous missions and long stays in Africa (from 5 weeks to 2 years), in the French Antarctic and Southern territories, in Kerguelen, at the Pacific Industrial Center, in French Guiana, at the UN Department of Peacekeeping Operations in New York, in Balkan Europe, in Central Asia, in Kazakhstan (Baikonur) and in Russia. In 2016 he created a regulatory structure, validated by an interministerial decision published in the Official Journal of the French Republic allowing military units to acquire flight hours on a civilian aircraft. In 2017, 2018 and 2019, it reiterates by making available civilian aircraft for the benefit of the Air Force, the Army and the Directorate General of Armaments.

Bertrand Vilmer is also a member of the Air Academy, a professor at the Institute for University Training and Research on Air Transport (IFURTA). A sports enthusiast, the fighter and airline pilot and aeronautics expert and the vice president of the Massy Essone professional rugby club (Pro D2 – National).